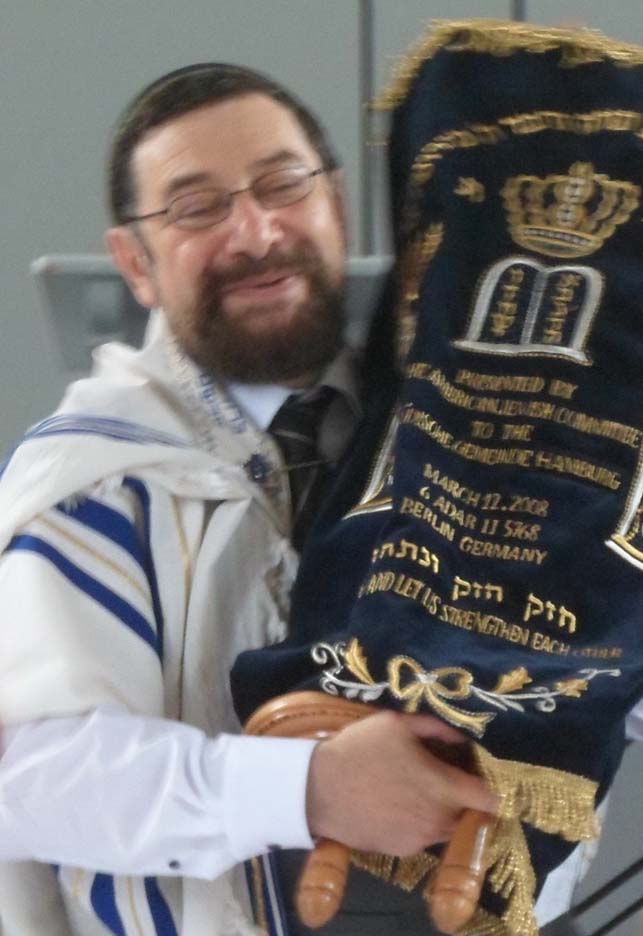 I was born in 1954 in Siberia, where my parents Tovia Ben Pessach and Rachel Bat Sucher (both of blessed memory) had been deported as a result of Stalinist exile. My parents survived the flames of the Shoah and the icy cold of Stalinist exile in order to open the door towards dignity and freedom for me, and for my descendants. This is the personal history of just one of the millions of Jews persecuted in Europe.

In 1977, I graduated in engineering from the State Electrotechnical University (LETI Leningrad) in St Petersburg. In 1991, I emigrated to Israel where I married Miriam Bat Josef in 1994. Together, we have four sons: Avi-Tuvia, Eyal, Daniel and Eliyahu-Roi.

I received my doctorate in 2002 from the Department of Bible Studies at the Hebrew University in Jerusalem. At the same time, I studied for ten years at high-profile religious teaching institutes, including six years at the Orthodox Machon Shalom Hartman Institute under Rabbi Prof. Hartman, and four years at the famous Reform university of the Hebrew Union College (HUC). I received my smicha (ordination) in November 2007 from the HUC in Jerusalem.

In the past 15 years, I have actively taken part in re-establishing the Professorship in Jewish Studies at Moscow State University, as well as working towards establishing and developing Jewish communities in Israel and in the CIS states. In addition, I have been involved in international Jewish education projects in partnership with the Israeli Department of Education, the Jewish Agency, the University of Jerusalem, the Israel Museum in Jerusalem and the Museum of the Jewish People at the Diaspora Institute in Tel Aviv. I also taught at several universities in Israel and in the CIS states, as well as the biggest teaching universities in Israel.

Six years ago, I brought my many years of experience in re-establishing Russian-speaking Jewish communities to several communities in Germany. I have linked this service with my academic work and teaching activities at German universities. This choice was by no means a coincidence: Many teachers and rabbis in Israel are the descendants of Liberal rabbis and academics from Germany. It is with their blessing that I am working here in Germany today!

It is a great honour for me to take up the office of rabbi for the Hamburg Liberal Jewish community. For many years, the community was not able to afford its own rabbi. My hope is that no one in this community has to feel lonely. I welcome anyone who seeks out a meeting and wants to ask questions. Addressing all the members and friends of the Hamburg Jewish community, I would like to share the words of the prophet Isaiah: “Peace, peace – to those far and near!” (Is. 57).
rabbinavon@gmail.com

Doctoral thesis: “Messianic figures in Judaism at the time of the Second Temple: The relationship between a charismatic leader and his followers”; supervisor: Prof. Israel Knohl and Dr Serge Ruzer; The Hebrew University of Jerusalem (05/06/2005).

Master’s thesis: “The meeting of two major Biblical figures – John the Baptist and Jesus of Nazareth according to Luke”; The Hebrew University of Jerusalem; supervisor: Prof. David Flusser (of blessed memory) (1997).

“The history of the Jewish people in Biblical times, at the time of the Second Temple and in the Talmudic Age”, Jewish Identity, The Jewish Agency, 2001.

Translation from the Hebrew into Russian: Isaiah M Gafni: History of the Jews in the Talmudic Age, Berlin 1962.